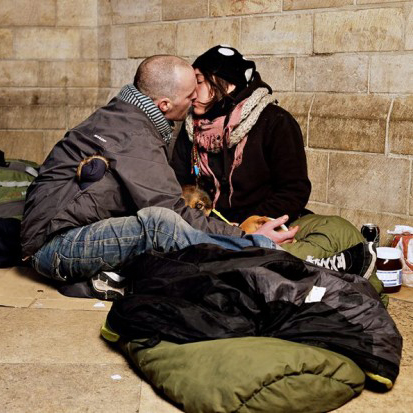 This work presents two previously unpublished series of photographs by Andres Serrano.
The first, “Residents of New York”, was produced in the artist’s hometown in 2014 and the second, “Denizens of Brussels”, in March 2015 in close cooperation with the Musées Royaux des Beaux-Arts during preparations for Serrano’s retrospective in Brussels, when he walked the streets of the capital for ten nights to encounter the most marginal of its inhabitants. With his unique vision, making no judgements and conveying no political message (a point he insists on), he presents men and women generally invisible to passersby, forcing us by the sheer power of his photographs to see these residents and denizens. The text is by Michel Draguet and Andres Serrano himself talks about his approach, the two series and the specific qualities of each. Musées Royaux des Beaux-Arts de Belgique, Bruxelles, from 18 March to 1st April 2016.