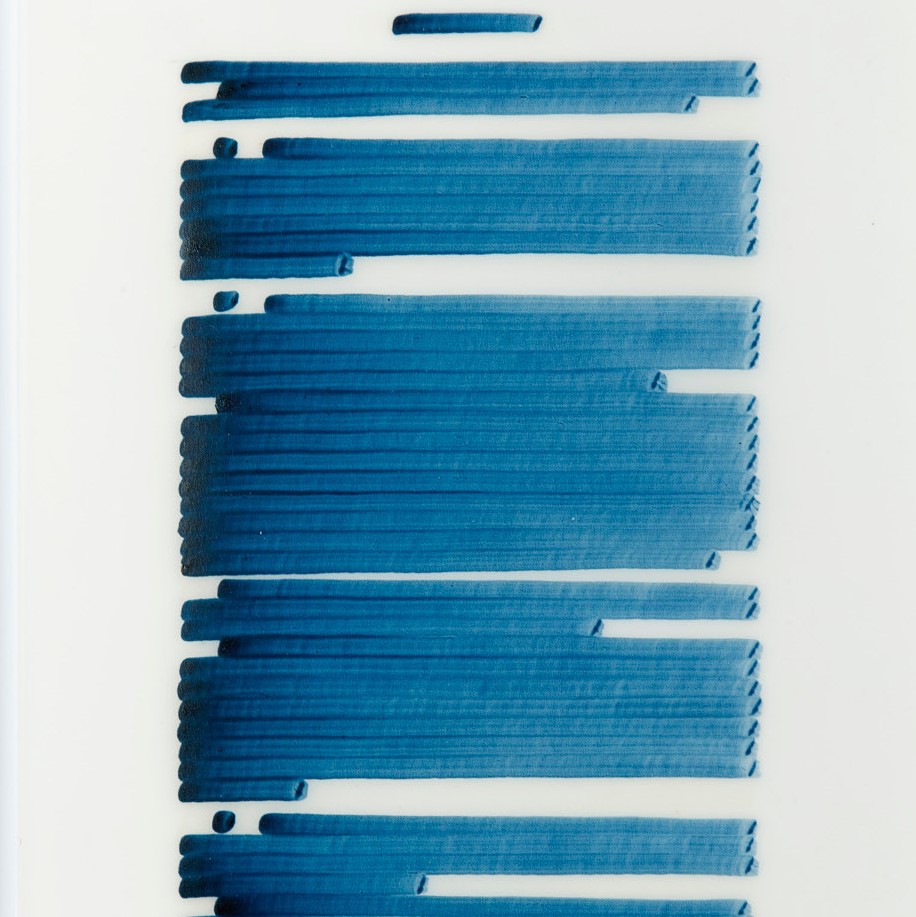 Skira 2020
Italian translation of the catalogue by Scriptum

Passionate about literature and language, Irma Blank was born in Celle, Germany, in 1934. When she moved to Sicily in 1955 after meeting her Italian husband, the experience of deracination (both geographical and linguistic) became the foundation of her work. Her realization that “there is no such thing as the right word” influenced her first abstract series, Eigenschriften (1968–1973).

Meaning “self-writings” and rooted in the process of drawing as writing, it captures the experience of self-reflection through intense concentration.

This intimate work, sprawling across numerous pages, led to the series Trascrizioni (1973–1979), in which Irma Blank copied the appearance of printed text through the same process of writing with lines.