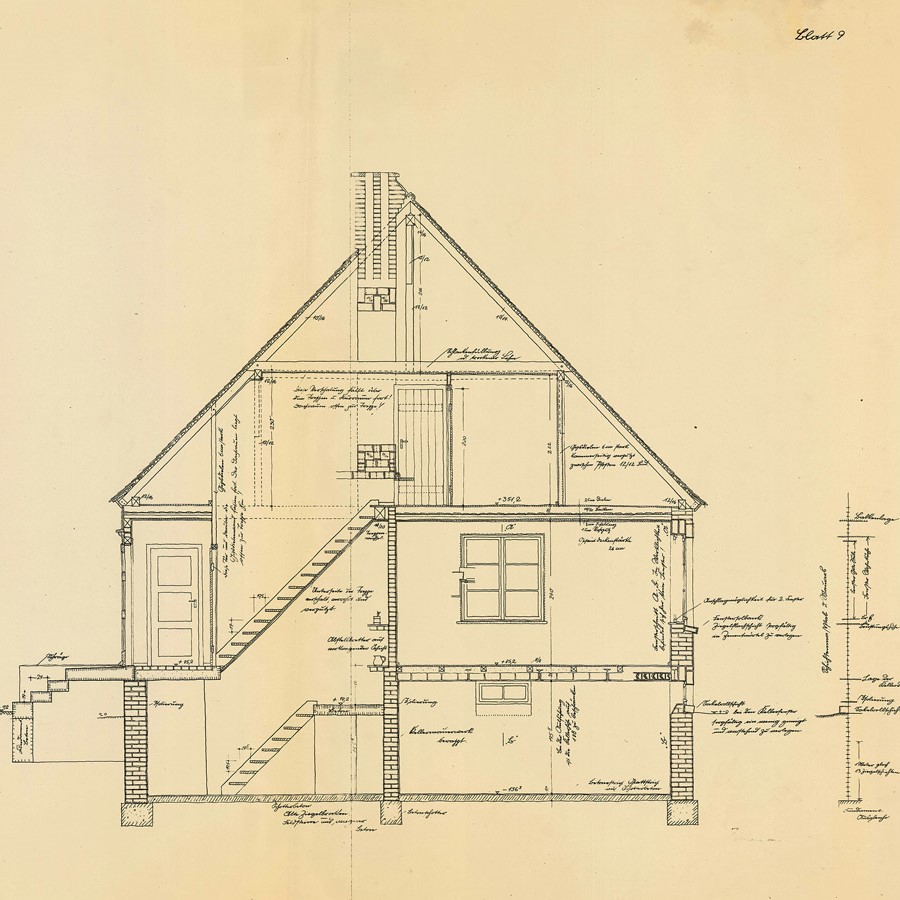 The discovery of the ruins of the State School (Landesschule) in Klotzsche (Dresden) in 1926, which took place at the end of the 90s thanks to the research of the curator of the exhibition Martin Boesch, gave way to a study project on the work of Heinrich Tessenow. In addition to the research in the archives, archaeological investigation practices were also used in the field, with the aim of being able to complete the knowledge on the project of the institute also with the materials actually used and therefore save it from its complete oblivion.

This research has given us back important information on the materiality, colors and atmospheres of the German architect’s work.

Heinrich Tessenow is considered one of the most important German architects of the first decades of the XNUMXth century.
His work can be understood as culturally related to the movements, active in the area of Germanic influence up to the 30s (Reformbewegung), of pedagogical reform of lifestyles as an alternative to the dullness of technocracy and the modernization that derives from it.
Strengthened by his ideas on a possible return to new forms of human life, with his writings, with his projects and with his buildings Tessenow dedicated himself to the construction of houses, especially small ones. His architectural works and his theoretical apparatus are in fact still very emblematic today.