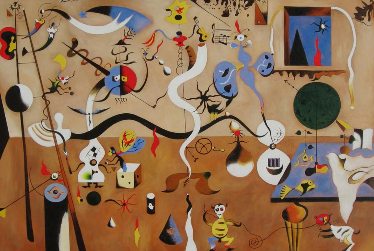 The essential features and bright colours of Joan Miró meet Mantua’s Renaissance architecture in the exhibition devoted to the Catalan painter and sculptor at the Fruttiere of Palazzo Te from 26 November to 6 April 2015. The show celebrates one of the most famous Spanish artists of the twenty-first century with 53 works including oils, tapestries, pottery, bronzes and drawings, offering a complete overview of his art from 1966 to 1989 – almost thirty years of production which strongly influenced the European avant-garde.