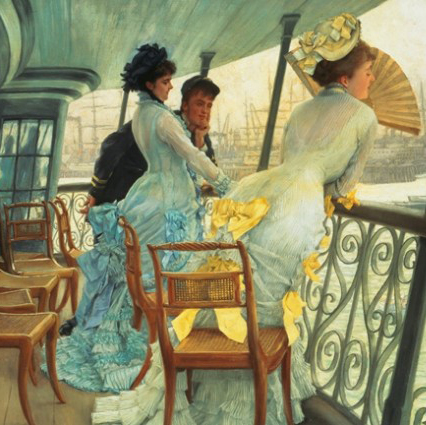 A refined leading figure in the elite of his time, both envied and loved, James Tissot is a painter whose art in some respects is still an enigma today, a blend of Impressionist influences and Pre-Raphaelite echoes. Dart – Chiostro del Bramante and Arthemisia Group present the monographic exhibition featuring the work of this artist from 26 September 2015 to 21 February 2016. The 80 works in the exhibition at the Chiostro del Bramante in Rome, including paintings and engravings, span his whole artistic trajectory. They show how he was influenced both by the Parisian art scene and the real world of London, whilst illustrating his romantic and mystical vein, his incredible talent as a colourist and his interest in fashion, all themes that he always handled with psychological depth.