PIETER BRUEGEL THE ELDER – Fall of the Rebel Angels 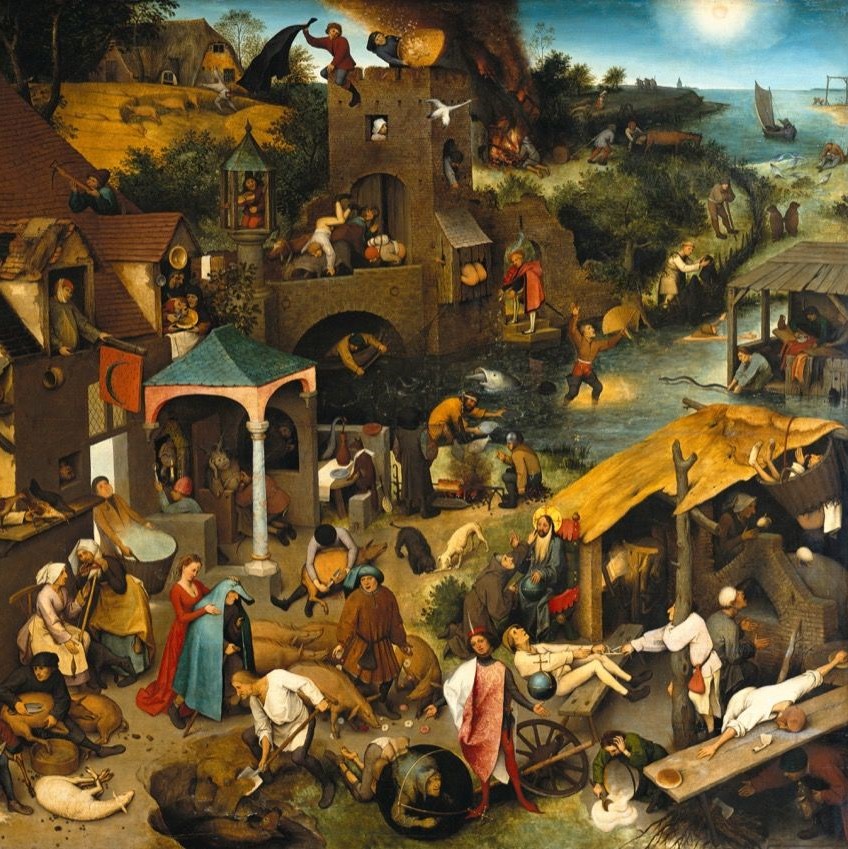 PIETER BRUEGEL THE ELDER – Fall of the Rebel Angels

Silvana Editoriale 2019
French translation of the exhibition catalogue by Scriptum

On the occasion of the 450th anniversary of the death of Pieter Bruegel the Elder, the Royal Museums of Fine Arts of Belgium celebrate the great Renaissance master through various projects. Pieter Bruegel the Elder is one of the most famous painters from the Renaissance period. Yet only about forty paintings from his short career (he died in 1569, around the age of 40) have been preserved, making them rare and extremely valuable.

The Royal Museums of Fine Arts of Belgium house the second largest ensemble of Bruegel the Elder paintings in the world. At the Old Masters Museum, you can admire several of his paintings: The Fall of the Rebel Angels (1562), the Winter Landscape with a Bird Trap and Skaters (1565), the Census at Bethlehem (1566) and the Adoration of the Kings. In addition, several copies by his sons and other (anonymous) followers allow you to further explore this brilliant artist’s oeuvre.