Hildegard von Bingen – In the Heart of God 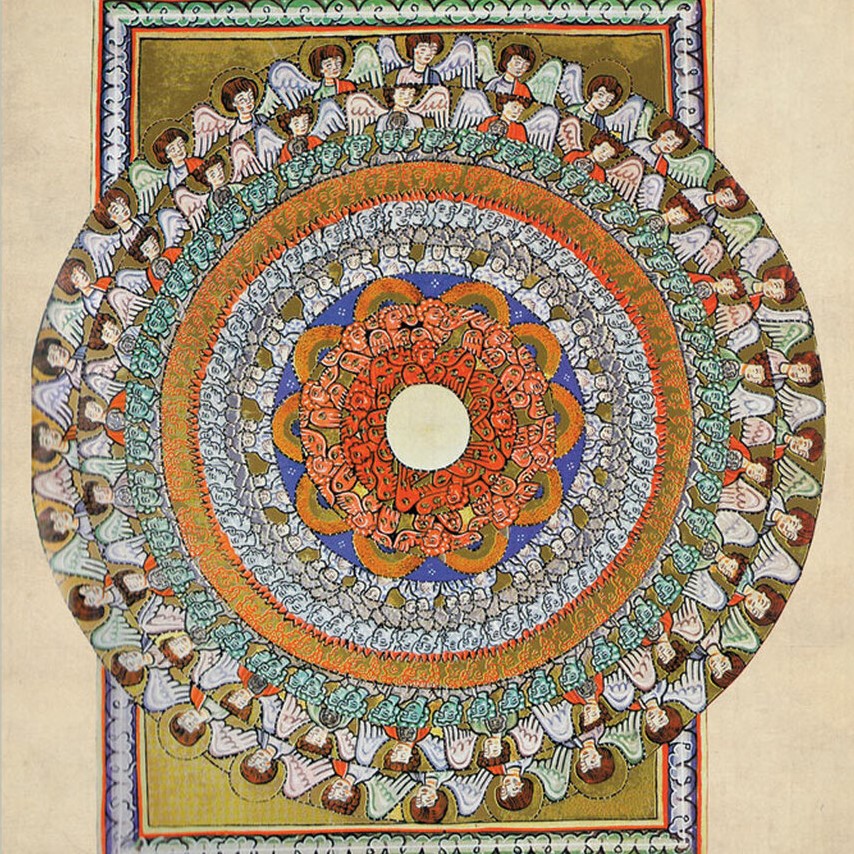 Hildegard von Bingen – In the Heart of God

Skira 2022
English version of the book by Scriptum

Hildegard of Bingen, also known as Saint Hildegard and the Sibyl of the Rhine, was a German Benedictine abbess and polymath active as a writer, composer, philosopher, mystic, visionary, and as a medical writer and practitioner during the High Middle Ages. She is one of the best-known composers of sacred monophony, as well as the most recorded in modern history. She has been considered by many in Europe to be the founder of scientific natural history in Germany.

Hildegard’s convent elected her as magistra (mother superior) in 1136. She founded the monasteries of Rupertsberg in 1150 and Eibingen in 1165. Hildegard wrote theological, botanical, and medicinal works, as well as letters, hymns and antiphons for the liturgy. Furthermore, she wrote poems, while supervising miniature illuminations in the Rupertsberg manuscript of her first work, Scivias. There are more surviving chants by Hildegard than by any other composer from the entire Middle Ages, and she is one of the few known composers to have written both the music and the words. One of her works, the Ordo Virtutum, is an early example of liturgical drama and arguably the oldest surviving morality play. She is also noted for the invention of a constructed language known as Lingua Ignota.

Although the history of her formal canonization is complicated, regional calendars of the Roman Catholic church have listed her as a saint for centuries. On 10 May 2012, Pope Benedict XVI extended the liturgical cult of Hildegard to the entire Catholic Church in a process known as “equivalent canonization”. On 7 October 2012, he named her a Doctor of the Church, in recognition of “her holiness of life and the originality of her teaching.”