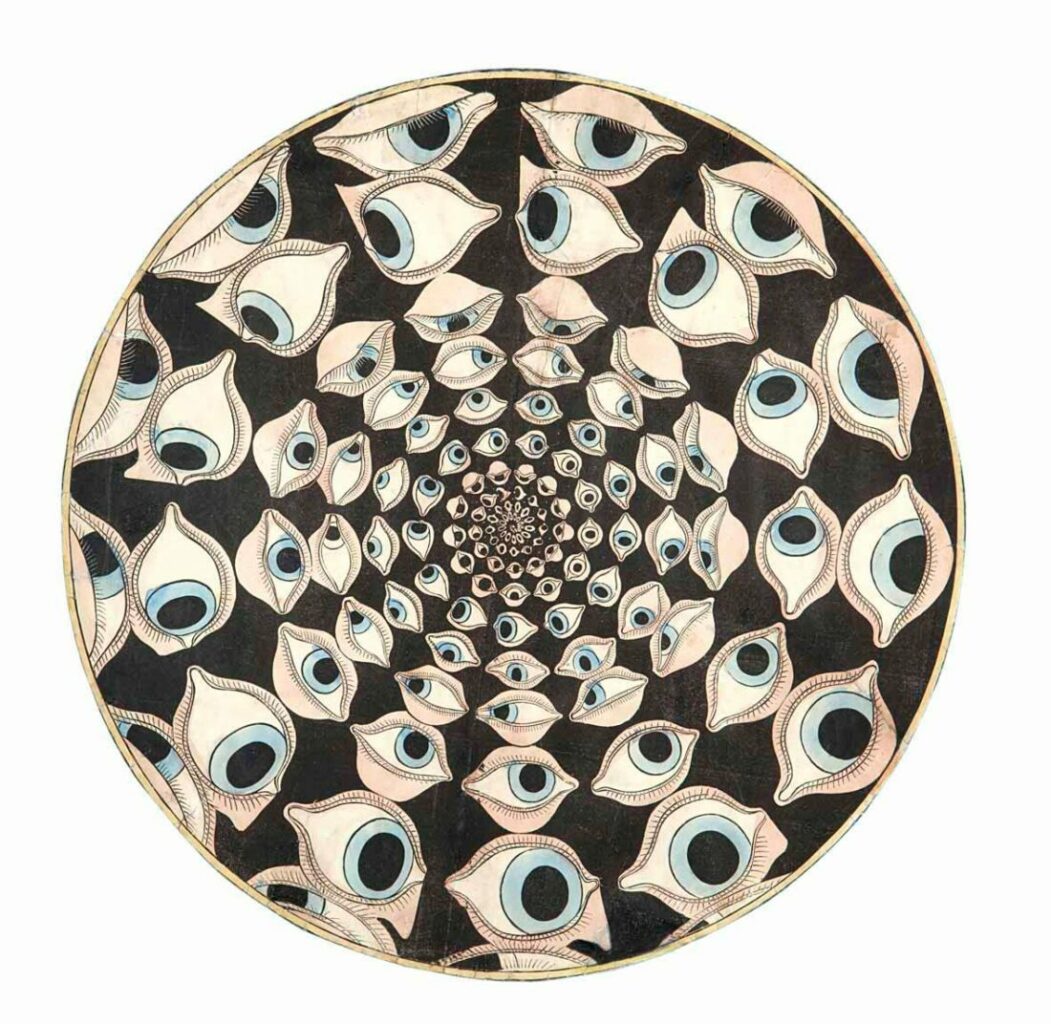 Silvana 2022
English version of the catalogue by Scriptum

“L’occhio in gioco” is one of those exhibitions that we would think of admiring in one of the great exhibition venues in New York or London. Where we would expect something that goes far beyond the usual, the already seen.

The eye looks, captures, reads, orders, composes. But it can be fooled, cheated, deceived. Walking on the border between art and science, between color and movement, this exhibition tells over the centuries the subtle difference between what is true and what could be but is not.

In a path alternating the great protagonists of the Short Century, from Calder to Munari, from Duchamp to Vasarely, we will discover that the human eye can be deceived even without resorting to color, that rhythm and geometry – concepts so apparently immutable – can distort and redesign reality. Furthermore, the exhibition proposes forays of optical into the world of costume, fashion and design. A show that must be watched closely, crossing dates and events, along a path in which emblematic works such as “Bambina che corre sul balcone” by Giacomo Balla or “Gray Scramble” by Frank Stella will be combined with curious instruments to create fleeting and surprising images.